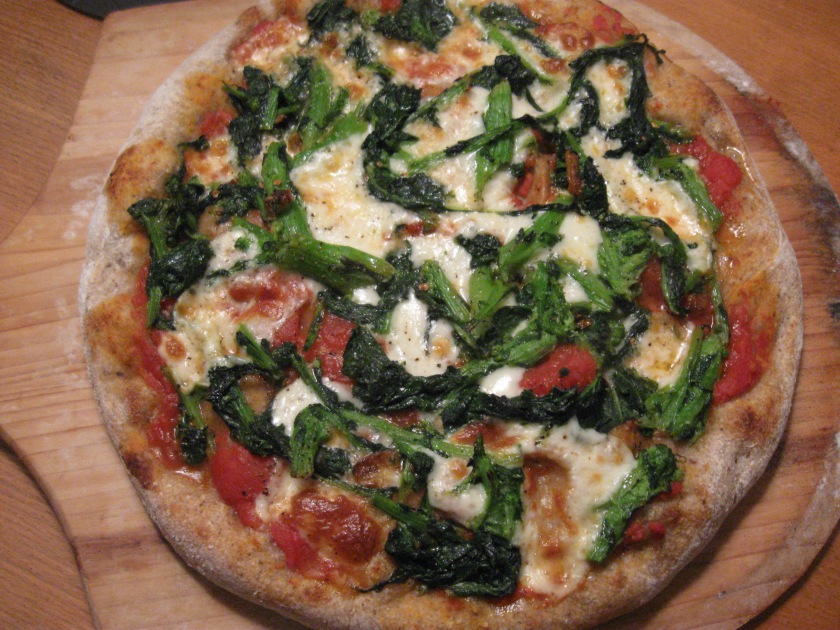 Start with good dough. We use a slow fermented flaxseed-wheat-white dough. If it’s frozen, defrost over night in the fridge. Then let the dough sit covered with a towel until it is room temperature. Knead until it acquires a soft, smooth elasticity, like the picture on the right. 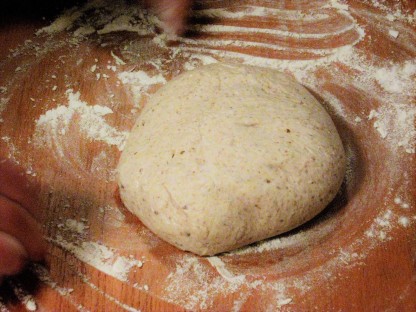 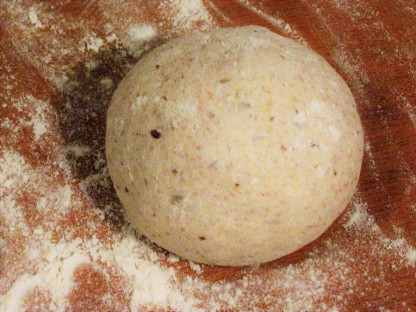 On the left, dough before kneading. On the right, dough after kneading.

Next, flatten into a disk, and press and pull the dough into a thinner round. Keep the work table lightly floured.  If the dough fights you, put a towel on it and let it rest a bit. 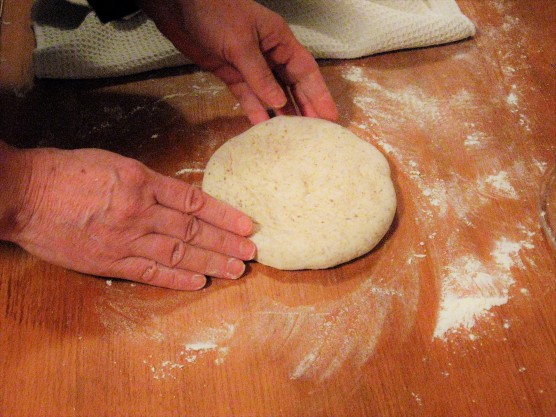 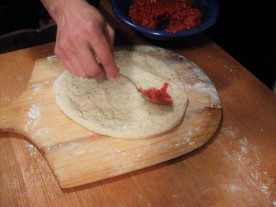 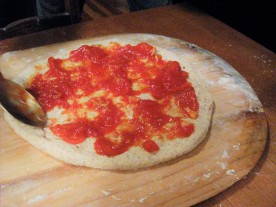 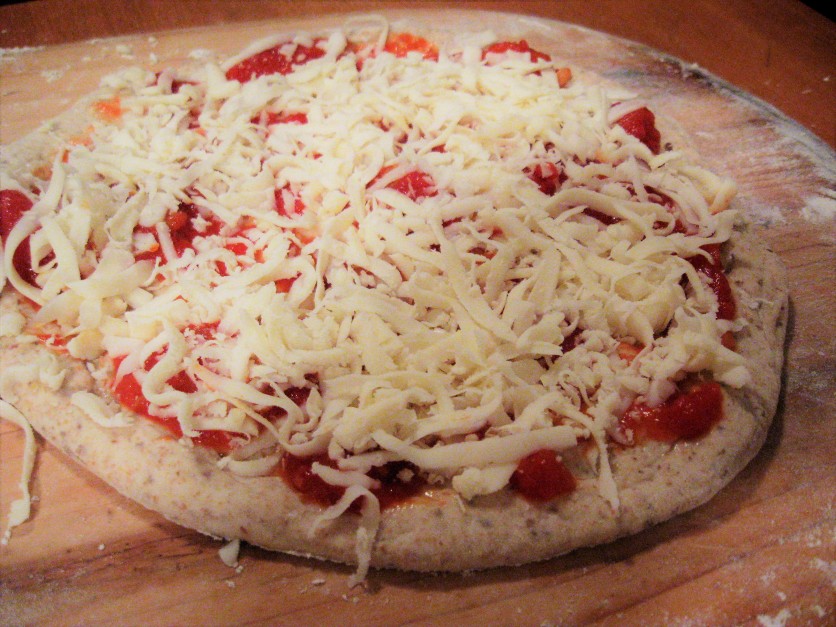 Place the dough on a floured pizza peel before doing the toppings. The key to toppings is not to add too much. Especially the tomato sauce. Too much wetness won’t let the pizza rise up as it cooks, and can produce a soggy center crust. 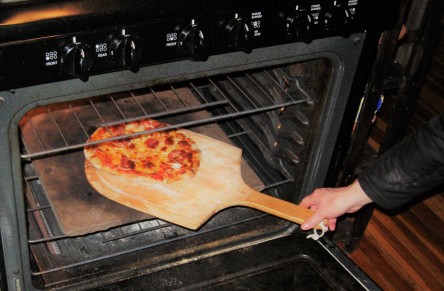 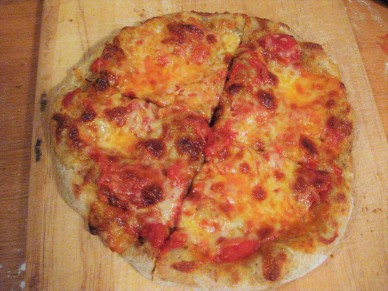 We don’t use a store-bought pizza stone. We used to, but we went through a number of them. They cracked and broke. So one day we went out to the yard, picked up a big heavy flagstone and scrubbed it. We’ve been using this stone for 10 years now. It retains the heat and the dough gets that essential “oven spring” that creates the crust’s elastic, holy texture. 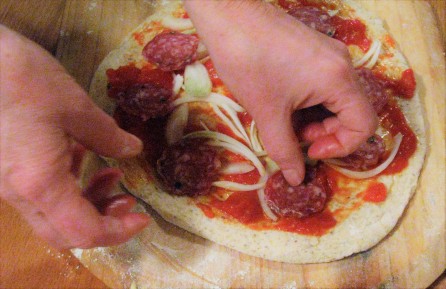 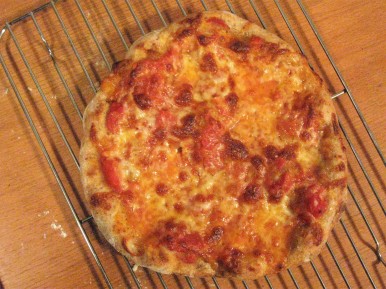 Broccoli rabe is our favorite topping, with sausage, meatballs or ham. Boil the broccoli rabe in salted water till tender, strain, and squeeze the excess water from the broccoli. Remember, you don’t want you toppings to be too wet. 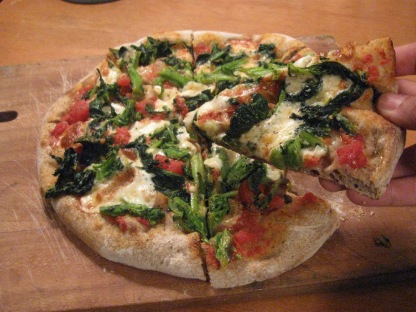 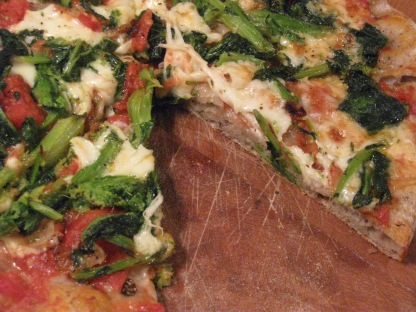 This isn’t one of those super thin pizza, but a hearty, crisp, flavorful crust topped with enough cheese and veggies to make it a meal. 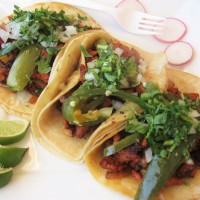 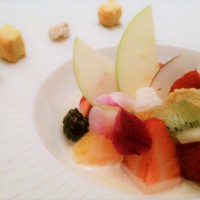