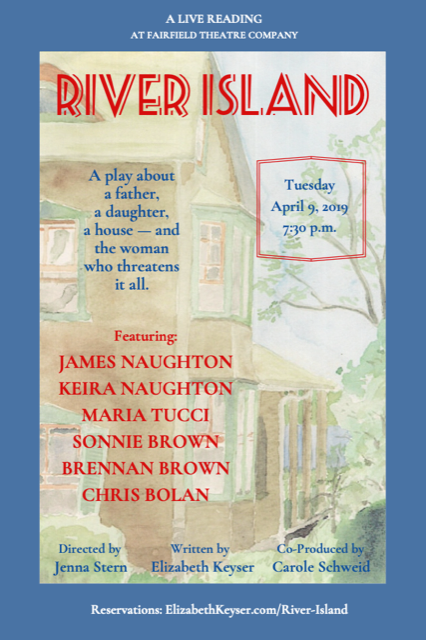 River Island the Play takes place on the porch of a house overlooking the river. Six characters, 90 minutes running time.

A father teaches his daughter the rules about guns in this 10-minute, two-person play. Shooting Practice has been performed at the Theatre Artists Workshop Playwrights Festival and at the Lyric Theatre in New Haven in the show “Zeller & Squires.”

A two character, one-act play in which a woman economist struggles with the cost/benefit analysis of a booty call.

What will a young woman do to extract herself from a marriage, and will it suck her back into the family who raised her? Three characters, 15 minutes.

A funny and moving show about being a mother and having a mother, written by 7 actresses and playwrights. The Umbilical Cord Stops Here! has been read at Fairfield Theatre Company, the Manor Club, the Mamapalooza Festival, and many other venues.