A great meal, the three-course prix fixe at The Modern in New York City.

With it, a bowl of fresh cheese with beet chips.  A waiter appeared with a tray holding six adorable mini rolls. I think the waiter told us we could have as many as we wanted. We demurely (so I like to think), took one, a pretzel roll for Paula, and a whole wheat roll for me. It was light textured, slightly sweet.

My first course, sea bass with sunchokes and watercress. No words needed. 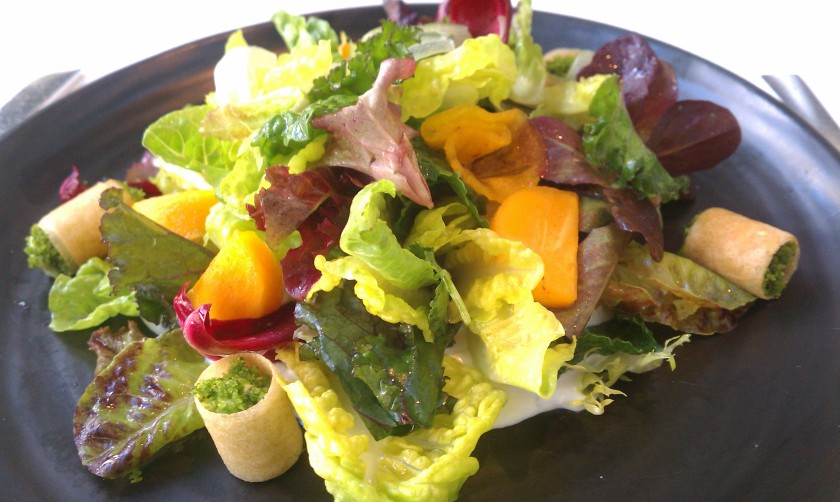 Paula started with this gorgeous salad. There’s burrata beneath the leaves.

And then, dessert. I had chocolate marquise with earl grey ice cream. 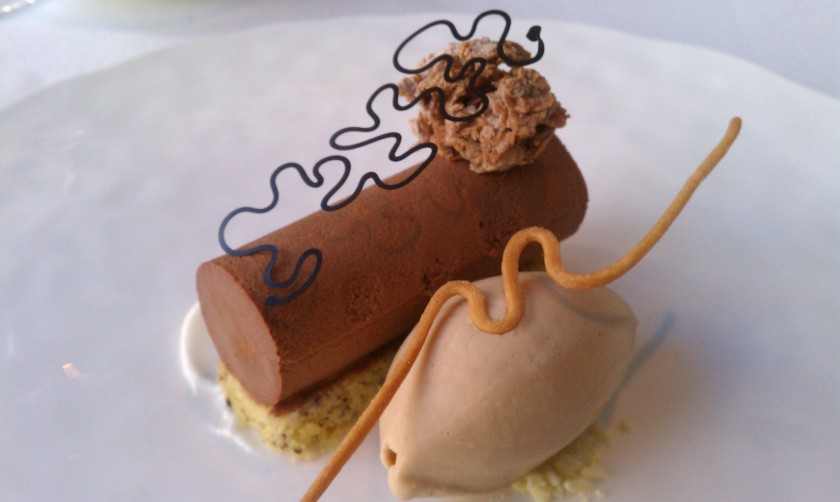 Service at The Modern was excellent. When I arrived, the hostess told me Paula was already there. The reservationist had noted that we had a theatre date, and our server asked what time we needed to leave. The check was ready the moment I needed it,  prepared but not given until I looked at our server.

The Modern has a no tipping policy.  I’m all for it.  Instead of ending a delightful meal by frowning over the check while trying to figure out the 20 percent tip, one blithely signs.

As we left, we asked if they’d take our picture. A host lead us to The Modern’s kitchen for an awesome backdrop. Which truth be told, has a lot more charm than the dining room, which looks like an airline lounge with a view of a construction site. The atmosphere in the bar section of the Modern is livelier, and they have an a la carte menu. Would I go back to The Modern? Yes! 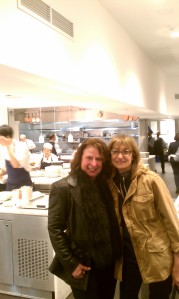