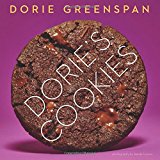 Dorie Greenspan doesn’t know why people tell her that baking is difficult. After all, she already created the recipe. “I did the work,” she laughs, “Just follow the recipe.” Greenspan has created 300 cookie recipes and they are in her new book “Dorie’s Cookies.”

The cookbook author and baking guru came to Sherry B’s Dessert Studio in Chappaqua, N.Y., recently to talk about her new book and share tips for making her favorite cookies.

Sherry B’s Dessert Studio in Chappaqua, N.Y. was named one of the best small town bakeries.

The woman who once measured ten cups of flour in metric to come up with an average of 136 grams per cup, says precision is not so important.

“There’s a margin of error,” Greenspan says. “It’s not as precise as we all thought.”

Recently she discovered that she and her recipe testers had been using different methods of measurement for the same recipe. And all the cookies tasted great. It’s a thought that helps Greenspan “sleep better at night.”

She firmly believes in the metric system.

The cookie was created by Pierre Hermé, the Parisian patissiere. It is a rich cocoa and chocolate chip cookie with a sandy texture and just the right amount of salt. I’ve made them. They’re irresistible. I intended to give most of them away. (Greenspan heartily recommends “Bake and Release.”) The World Peace cookies proved so irresistible, I didn’t release any of them. But home was a peaceful place indeed.

The imperfection of these World Peace Cookies marks them as mine. But they don’t have to be perfect-looking to taste great.

Greenspan, whose dark pixie cut makes her look pixie-ish, seemed surprised herself when speaking of “when I collaborated with Julia Child” on The Way to Cook. “She told me we are so lucky because we work in food, and there will always be something new to learn.”

What else did I learn from listening to Dorie? She doesn’t use silpats. And to get the exact size and yield of her recipes, use a small cookie scoop. 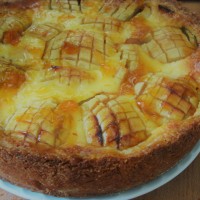