Cooking at home is a continuous process.

We bought pork hocks from Patti Popp at Sport Hill Farm in Easton. The pigs were raised by Patti and her husband Al. We rubbed the hocks with salt and pepper, and roasted them on a bed of onions, carrots and celery, and added water before covering the pan with foil to create moist heat. 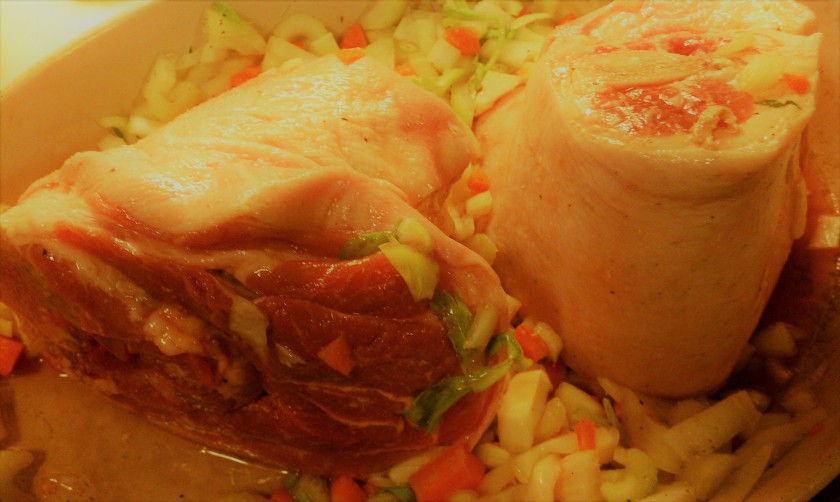 That night we ate the hocks with mashed potatoes, gravy and honey-parsley carrots. I sliced some tender meat off the bones. Men like putting the whole hock on their plate.

The next day, we had leftover meat. Hocks are the perfect consistency for making a quick homemade pozole.

What is pozole? It’s a Mexican stew made of hominy and pork. It’s served on weekends at restaurants such as Los Poblanos in Norwalk and El Paraiso in Bridgeport. The fun part is it’s served with a whole bunch of condiments — green and red sauce, limes, avocado, raw onions, dried oregano, fried tortillas or tostados smeared with beans and topped with shredded lettuce and avocado. 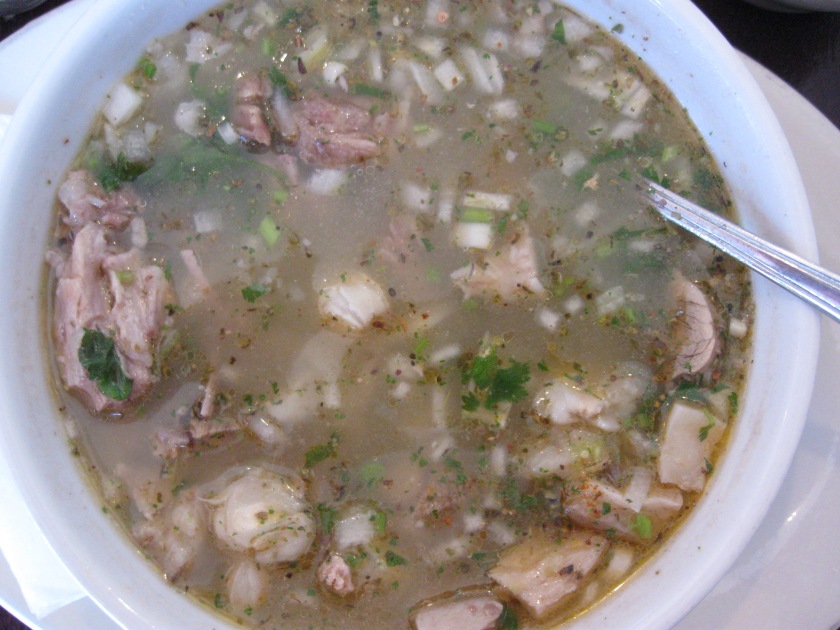 But last night was a Monday and I wanted to cook up a quick pork stew using the meat from the left-over hocks. This isn’t a traditional pozole with all the fixings, but it’s a warm, comforting and filling Monday night dinner.

I cut the meat off the bones, into chunks, and used some of the fat to saute chopped onion and carrot, gave it a stir, added homemade stock, and brought it up to a simmer. Added the meat and a can of cooked hominy. Sprinkled some oregano in there.

Meanwhile, my husband cleaned some dried peppers, guadillo and ancho, and roasted them in a cast-iron pan. Then he chopped them, and using a immersion blender, made a paste of the peppers and a fresh onion.   I didn’t use all of the red chile paste (which freezes well). To cook out the raw taste, I put a little oil in a cast iron pan and let the sauce bubble a bit.

Then I added it to the stew. I wasn’t following a recipe, so tasting was important. More salt. And then, what the hell because they were there on the counter, I threw in some chopped almonds and dried cranberries. And a tablespoon of homemade peach jam, to round out the flavors. It bubbled gently. 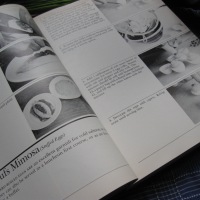