Fortina had a reputation before it arrived in Stamford. The youthful, hip Italian-American pizzeria blasts loud music and blisters pizzas in a wood-fired oven. The Stamford site in Harbor View is the third in the group that had been drawing Fairfield County pizza lovers across the New York border to Armonk and Rye Brook.

But Fortina’s most famous pizza is the Luigi Bianco ($21) with black truffle oil smeared over two creamy cheeses, slightly tangy robiola and mild burrata, and a sprinkling of “parm,” as the menu calls it. It’s a rich pie, that pairs well with Fortina’s Bibb salad with apple and radish.

Fungi pizza ($19) was laden with mushrooms roasted in the wood-burning oven. Their smoky earthiness stood up to melted Talleggio, with its slight tang of washed rind. Roasted bone marrow melted into the whole. Fresh parsley, in a rough, country chop, was the final blessing for this great pie.

The classic margherita ($14) was simple perfection, the crust excellent by every measure: flavor and texture, char against crust, and elasticity within. Whole basil leaves, a bold and generous handful, rested against pools of melted mozzarella over bright, rich tomato sauce. It was a harmony of crust, sauce, cheese and pungent fresh basil. 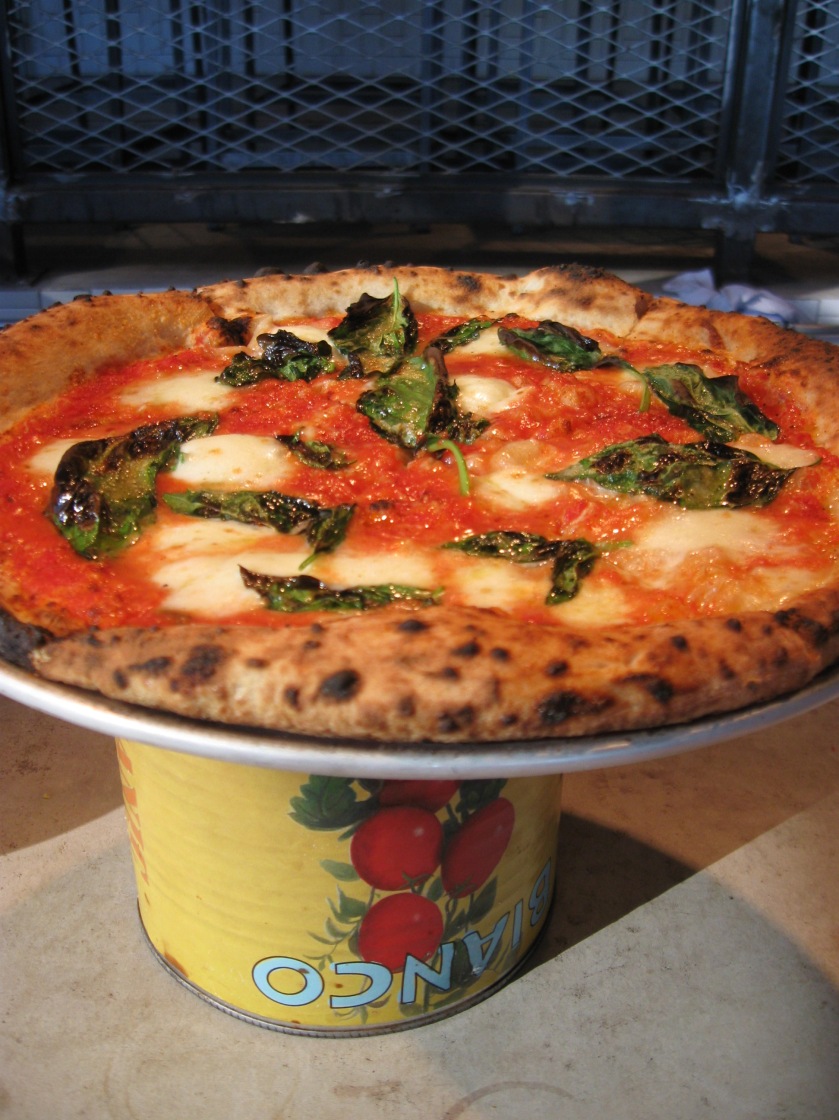 Fortina also fires vegetables in the wood oven, and pairs them with condiments — delicata squash with hazelnuts and gremolata, carrots with walnut crema and pecorino, cauliflower with romanesco. The piatto di verdura, a plate of mixed vegetables for two ($21), leaves the decision to the chef (and you get to try several sauces).

Pasta is fired in the oven too. Paccheri ($15), large tubes in “béchamel a la vodka,” a sweet, thick tomato sauce dusted with parm, revealed coveted charred edges that our server said he loves. We didn’t love the pasta as much as he, but the tender baby veal meatballs nestled beneath the pasta were the prize.

Fortina’s staff was super friendly, personable, and enthusiastic about the food. The tall-ceilinged, concrete-floored industrial-looking space, has several levels, and a long L-shaped bar made of polished concrete. A wall of shelves holds a playful assortment of books and colorful porcelain roosters.

Fortina is not the place for a quiet dinner. It’s a scene. Loud music – hip hop, rock, funk and ironic 70s — were blasting when we were there. Add the sounds of voices, laughter, plates and silverware , and don’t expect to hear what anyone at your table’s saying. Just enjoy your pizza.

A version of this article originally appeared in the Hartford Courant.